SochLabiaPads are small, leaf-shaped pieces of absorbent cloth that can be folded and placed in between the lips of the labia. When placed between the labial lips, they help direct the flow of blood toward the centre of the pad. This avoids leaks and stains on the sides. They can be used in conjunction with SochUnderwear, SochPads, or as extra protection when using SochCups.

Where is the labia?

Ah, the million dollar question! Women often use the term ‘vagina’ to mean everything down there, i.e., everything that is part of the female reproductive anatomy. However, let’s clear this, once and for all. Look at the diagram below. 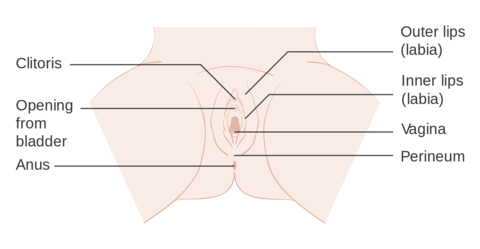 The clitoris is the female organ for sexual pleasure. The urethra is the female organ for urination. The outer labia refers to the fleshy covering of the entire structure. The inner labia is the second layer of the fleshy covering that is closer to the urethra and the clitoris. The hymen is a thin, stretchy membrane that some women have; it covers the entrance of the vagina. In most cases, the membrane wears out due to physical activities. And finally, the vagina. The vagina is the canal that connects the female reproductive system on the inside. White discharge, period blood, and babies come out of the vagina.

So, how does one wear the SochLabiaPad? 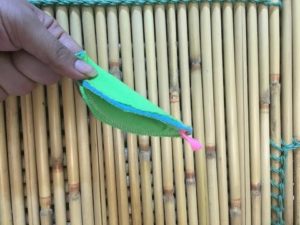 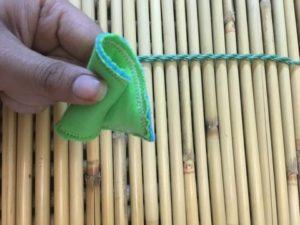 Alternatively, you can also roll the labia pad lengthwise and place in in between the lips of the labia in a similar manner. Once in place, you can keep the SochLabiaPads for as long as you need (up to 6-8 hours). You can change it sooner depending on your flow.

How do I wash and clean the SochLabiaPads?

Each SochLabiaPad comes with a loop; a pack of three comes with a button and a string. You can loop in all three of the SochLabiaPads together and soak them in water and give a good rinse. Else, you can put them in your washing machine. The loop, button, and string are provided so that you don’t lose them while in the laundry. Use a mild soap and soak them in cold water. Hot water sets stains; so don’t use hot water right in the beginning. Once the stains are gone, you can rinse them with lukewarm water if you so wish.

Where can I find a review of SochLabiaPads?

Here is what our founder has to say:

Have a happy period!