Have you ever been bothered by mild urinary leaks when you are laughing, coughing, or sneezing?

Do you wonder why your underwear feels damp often? If yes, this article is for you. Urinary incontinence is a topic that is often hushed up due to the embarrassment that comes with it. However, it’s a very important issue that needs to be discussed in detail. There is nothing embarrassing about the human body and its functions. In fact, If one recognizes the symptoms early and treats it, the problem can be solved rather effectively and would save one from more embarrassment. So let’s learn more about urinary incontinence.

What is Urinary Incontinence? 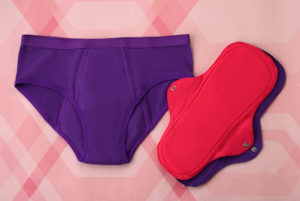 Urinary incontinence refers to involuntary urine leakage or leakage of urine which is not in one’s control. It can be brought about by several factors including childbirth, old age, and pelvic injuries. Women who have had vaginal deliveries are at a high risk for this as they may have weak pelvic floor muscles. The degree of urinary incontinence can vary from person to person, depending on what’s causing the incontinence. While some may only face urine leaks when coughing, sneezing, or laughing, which does not really disrupt everyday life, others may not be able to control the urge to urinate at all. They may wet themselves by the time they find a bathroom. Therefore, urinary incontinence can be a very debilitating issue and can impact one’s day-to-day life.

Bladder leaks can be temporary or chronic, depending on the issue at hand. Some temporary causes of urinary incontinence are certain foods, drinks, and medication. They can increase the amount of urine that is produced, therefore making you want to urinate more often. However, this is temporary and should not be a cause for concern. Urinary infections are also another reason for this. Once these temporary triggering factors are taken care of, the urge to urinate often should go away. If the issue persists, you may want to seek medical help.

Chronic urinary incontinence, on the other hand, is usually caused due to changes during pregnancy and childbirth, aging, prostate problems in men, and stones and tumours. These don’t get resolved without exclusive effort. They usually get worse over time. Therefore, it’s best to seek help early than wait for it to get progressively worse.

There are 4 different types of urinary incontinence based on their characteristics:

Urge incontinence refers to the need to urinate more than usual. It is not about the lack of bladder control, but the fact that the urge to urinate increases.

This is one of the more common types of incontinence. In this type, urine leaks happen when a person is laughing, coughing, or sneezing. This is involuntary, and the person does not realize the occurrence of the leak until it happens. Click here to learn more.

Functional incontinence refers to incontinence that is not caused by any reason related to the urinary bladder. Instead, it is caused by other physical disabilities that limits a person’s movements such that they cannot go to the bathroom. This is usually caused by being bedridden due to accidents, injuries, or other disabilities. Once the person is mobile, this will usually resolve by itself.

This is a type of incontinence (bladder leaks) that is caused by bladder contraction issues or the blockage of the urethra. It can be a side effect of medication or other disorders or injuries.

Some Important Facts about Urinary Incontinence

On an average, most people wait 10 years before they seek medical help! It is astonishing that people wait up to a decade to see a doctor regarding this issue. It might be the embarrassment or the fact that people think it’s a really small and negligible issue that will vanish on its own. However, the sooner you seek help, the better it is in terms of recovery.

Reducing your water intake only makes it worse. Those who constantly feel the urge to urinate, sometimes think that drinking less water is a good way to make the urge go away. This is a bad idea since the urge to urinate will not decrease just because you drink less water. In fact, you’ll make yourself more susceptible to urinary tract infections. It does not fix the problem, but adds more to the existing problem.

It’s not a normal part of aging! Yes, though older people are more prone to urinary incontinence, it should definitely not be considered as a regular part of aging and left untreated. Normalizing it only makes it difficult as the problem exacerbates with age.

It can absolutely be cured if you figure out what’s causing it. Most people believe that it’s a chronic problem with no treatment options. There are several options for treatment: Kegel exercises, medication, or even surgery. One just needs to find out what is causing the incontinence.

The incontinence that comes with pregnancy and childbirth is usually temporary. If your urinary incontinence began during pregnancy or after childbirth, it is definitely a temporary issue which should either go away on its own or should go away with Kegel exercises.

The Kegel Way of Cure

Empty your bladder before doing these exercises. Clench your pelvic floor muscles for three counts and release it for three counts. Clenching your muscle does not mean holding your breath! So make sure you are exercising the right muscles. Do the exercise thrice in the beginning; you can eventually hold the muscles for up to ten counts and release it for ten counts. You can do this simple exercise anywhere and everywhere. The key is consistency. For best results, do it every single day for a few months till you can feel the difference.

How to Manage Urinary Incontinence

While seeking cure is the best idea, one may also need certain things to manage the problem before it is fully cured. As leaks through the day are embarrassing and can start smelling if you don’t change your underwear often, you will need other methods to tackle this. One simple solution for mild incontinence can be wearing the Soch period/incontinence panty . Instead of your regular underwear, you can use the underwear which has an extra layer of absorbent protection and a leak-proof layer; these can hold mild leaks through the day. You can also try the Soch cloth pad/panty liner if that’s more comfortable for you as you just have to snap it on to your regular underwear. All in all, there are plenty of options in the market now for you to manage your incontinence.